A picture can be worth a lot more than a thousand words. It can help keep loads secure and lead to fewer claims and out-of-service violations.

That’s been the case for Birmingham, Alabama-based Montgomery Transport, which has taken an app originally designed for improving office communications with drivers and transformed it into an image-based safety tool that’s reinforcing cargo safety management and reducing claims.

In short, drivers at Montgomery Transport, a flatbed carrier with roughly 600 trucks, take pictures of their loads following securement and send them back to the office through the M1 Mobile App.

“It goes directly to safety and the individual driver managers so they can identify any problems,” said Montgomery Chief Technology Officer Chris Rhodes, adding the pictures can sometimes provide opportunities for training.

“I think it's made it a lot more effective for coaching for our safety team because, with pictures, you're able to say, ‘Change this. Do this,'" Rhodes explained. "So, it's really simplified their training roles because they can get very specific on things that need to be adjusted."

Photos also can be shared with a consignee in the oft chance securement becomes an issue.

“We haven't had to utilize it very often (for consignees),” Rhodes said. “It was just a couple where we said, ‘No, it was secured, and it was secured as so.’ Tarping is the biggest thing.” 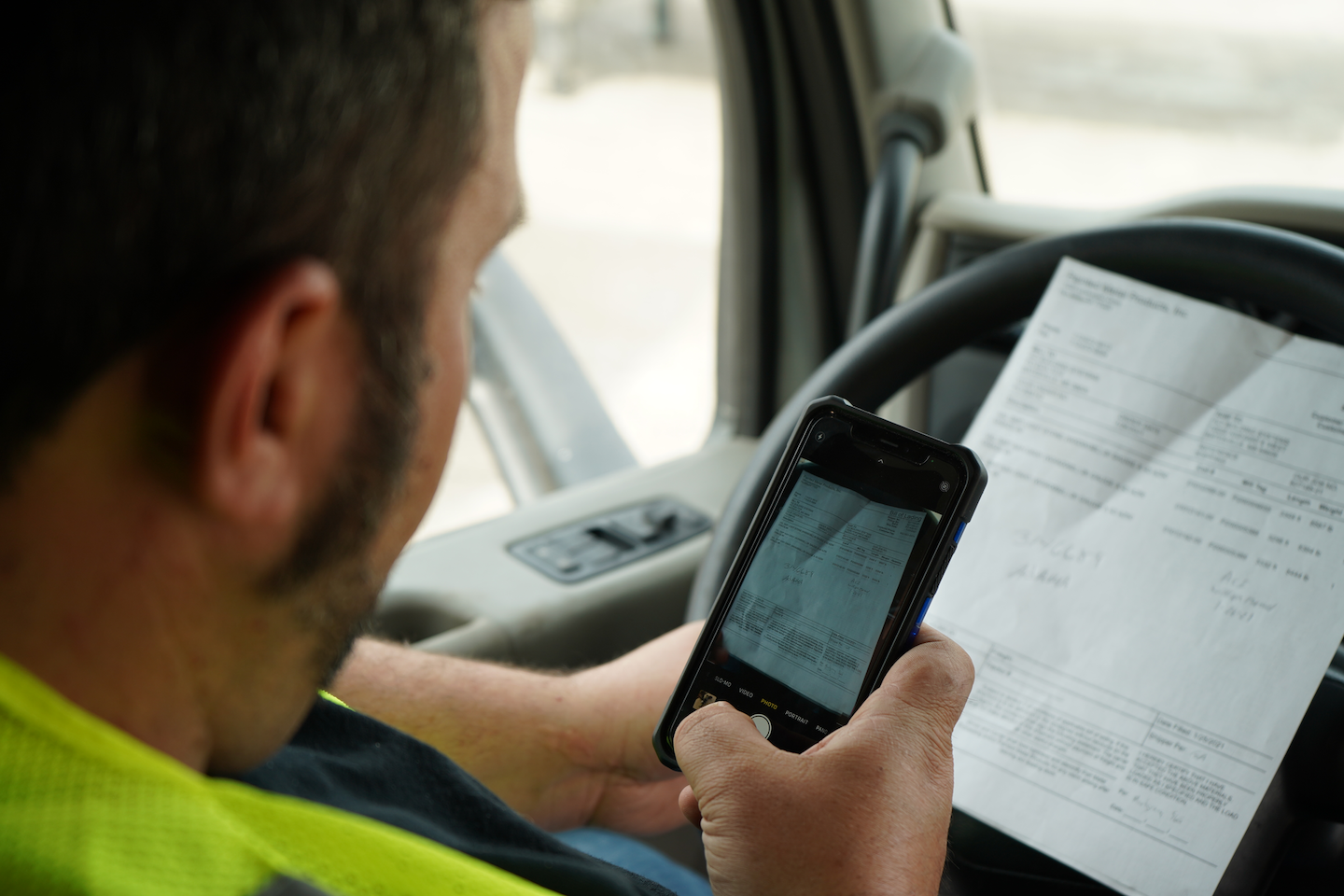 Faster bill processing was one of the first benefits of Montgomery Transport's version of the M1 app when it rolled out roughly two years ago. Features now include touchless electronic bill-of-lading processing brought on by the COVID-19 pandemic and image-based load securement management which Montgomery Transport Chief Technical Officer Chris Rhodes said has improved load securement and led to fewer claims. Montgomery Transport Drivers do not have to wait for securement images to be approved before leaving for their destination. However, if images are not sent, driver managers are automatically notified and will then reach out to the driver and ask them to stop when possible to snap pictures.

Pictures are typically taken of the left and right sides of the trailer and the rear. However, smaller loads may require only a shot or two, Rhodes said.

“You're not going to do a bad job and then take a picture of it and send it into your driver manager or the safety team,” Rhodes said. “There’s a little bit of that pride of work, which drives a lot of it.”

In addition to lowering claims, Curtis Roberts, director of safety at Montgomery Transport, said the load securement feature on the app has proven helpful in preventing out-of-service (OOS) violations.

“The M1 Mobile App has been a fantastic resource for both our drivers and our safety team,” Roberts  said. “The securement photos tab is one of my favorite app features. All of our drivers have access to this feature and can instantly submit photos of their loads and securement to our safety department.

“This function has been extremely helpful in reducing potential cargo load-shifts,” Roberts continued. “Another aspect of this function is that our safety team can visually inspect every load that enters the app. This has enabled us to avoid potential OOS violations related to cargo securement.”

Montgomery driver Brian Bearden, who serves on the company’s driver advisory board, said the load securement feature on the app benefits the carrier and drivers alike.

“Uploading load securement images to the M1 App gives drivers a sense of security and protection, and it lets us know Montgomery Transport has our back when road safety issues arise,” said Bearden, who also serves as a driver recruiter and mentor.

App evolving for efficiency and safety
Cargo securement wasn’t the first goal Montgomery had in mind when they set out to develop an app-based communications tool for their drivers alongside platform provider Eleos and software company ASR Solutions.

“The genesis for this goes back about two years ago,” Rhodes said. “We wanted a more effective way to communicate with drivers on a variety of platforms, like communications from the organization.”

Montgomery’s initial ideas for the M1 App also allowed drivers to turn in paperwork faster “so we could bill a customer faster,” Rhodes said.

“All of these things were like primary components of the original app, but as time has gone on we've found other ways to utilize the app, to communicate things like KPIs (Key Performance Indicators) with the drivers,” Rhodes continued. “We bonus them on KPIs. And load information has evolved over time with things like videos associated with loads or PDFs. The drivers have had some visual things to supplement them while going into new locations. And then that eventually evolved into the load securement images.”

About eight months ago, Montgomery Transport started having new drivers send in load securement photos through the app for their first 90 days on the job to make sure “that the securement pieces were done properly, because they were moving different types of commodities,” Rhodes said.

“That became so successful that now we request all drivers to submit load securement images once they pick up a load and secure it so that we can make sure, number one, that they secured it correctly, and number two, that we have proof for the customer that on this date and time, and at this location, this was done on a specific load,” said Rhodes, who added that the load securement feature on the app has been in-use company-wide for the last six months. 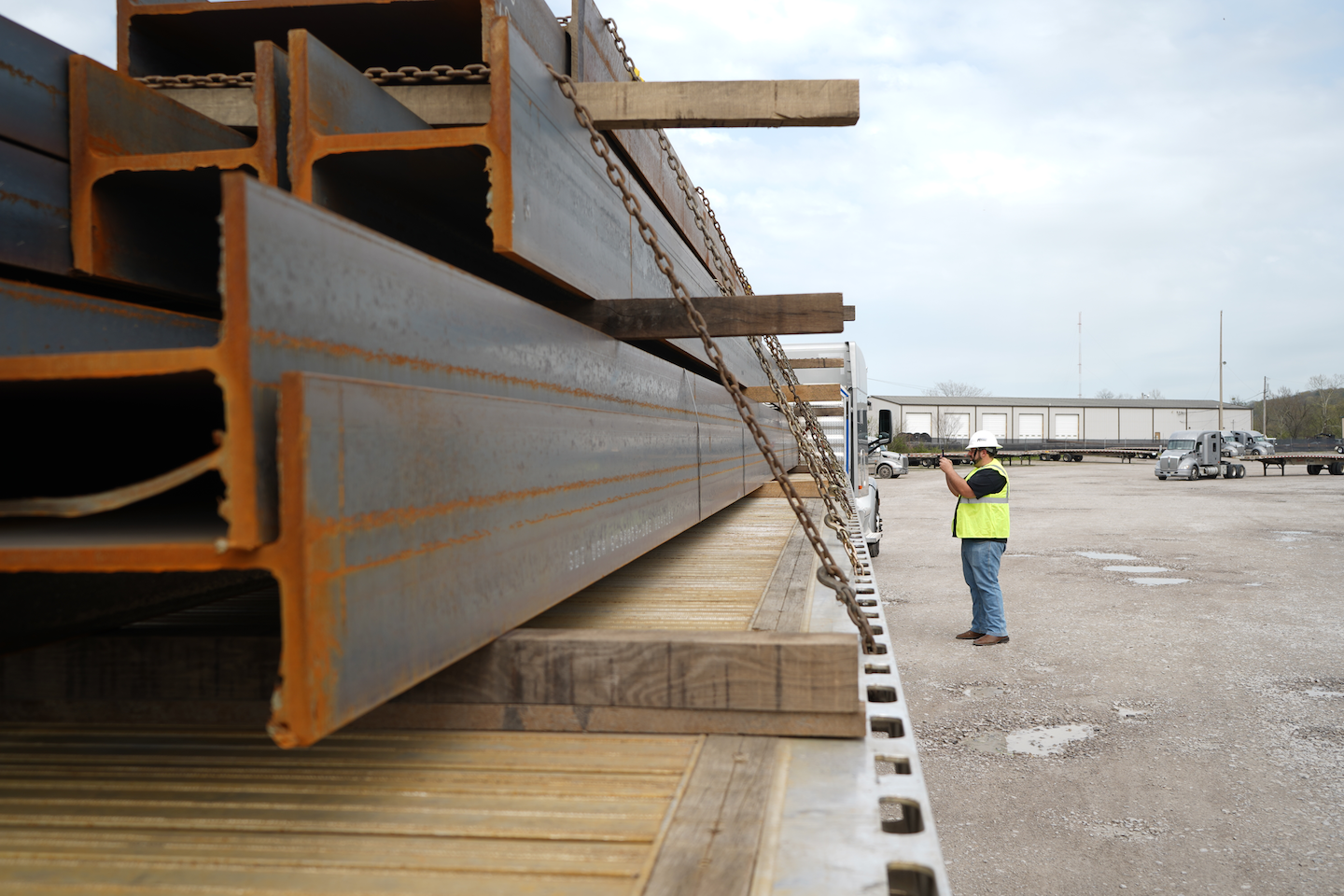 "This tool has changed the game for drivers, putting us on the path to success and holding us all accountable to be the safest drivers on the road,” Montgomery Transport driver Brian Bearden said of the M1 app. Montgomery Transport Opportunities for computer-assisted photo analysis are there, Rhodes said, where artificial intelligence-based software can scan for securement anomalies and flag a manager for a second look.

“We have started to think about that because there are some commodities where we could say you're looking for X number of straps,” Rhodes said. “Like rebar – rebar’s not very complex to secure. If they're all there (the straps), we say that's good. If they're not all visibly there, then we kick that over for human intervention to make sure that everything is fine.”

Getting drivers familiar with load securement and other features on the M1 App has not been an issue. Driver managers, driver orientation classes and even the app itself gets drivers acclimated.

“We now have a 12-minute video on the app that explains how to do everything from top to bottom,” Rhodes said. “If the driver needs to review it or has any questions, we keep that updated for them going forward.”

“While driving, drivers enjoy seeing the good news and positive things that our organization is doing,” Bearden said. “This tool has changed the game for drivers, putting us on the path to success and holding us all accountable to be the safest drivers on the road.”

By consulting with Bearden and other drivers, Rhodes said the company can remain nimble on the front lines and make more-informed changes to the app to help improve business for all concerned.

“The app literally changes every couple of weeks. We add new things constantly. We use our driver advisory board. They give us excellent feedback," he said. "We have executive calls to the drivers where they can provide feedback on things that they would like added to the app or things that they wish it would do. It's constantly evolving, which is good because it would get stale if we just said, ‘Okay, we're going to call it done right now and then look at it again in a year.’ It doesn't work like that.”

A picture can be worth a lot more than a thousand words. It can help keep loads secure and lead to fewer claims and out-of-service violations. ...

Montgomery Transport, a leading flatbed carrier based in Birmingham, Ala., has announced a $.03 cents-per-mile (CPM) pay increase for drivers. They ...

Thank You For Your Interest In Montgomery LLC

A recruiter will be in touch with you shortly!